Many people live on a perpetual roller coaster when it comes to faith. They think, “if God is going to love me or accept me or save me, then I have to be lovable, acceptable and savable. Tragically, this leads many to buy into what is essentially a false gospel called moralism. Moralism says, as long as you obey the rules, God will love you. As long as you are a good boy or girl, God will accept you. As long as you are worth saving, God will save you. And, yet, rather than experiencing the peace, joy and contentment that Scripture says should accompany salvation, many people live in a constant state of worry of not being good enough or not measuring up because deep down they know that they aren’t and they can’t.

So, what if you could fully live in that true gospel place? What would your life be like if it was marked by peace, joy and contentment?

Because otherwise, it is this hamster wheel of striving and failing, of trying really hard but never really getting there. It’s a state where you feel like you have to project a façade to family and friends, a false identity that says, “I actually do have it all together.” “I am what I claim to be.” It’s miserable, unfulfilling and empty, and it’s ultimately idolatry, because it is bowing to the false God of self. It’s seeking to trust in myself rather than in the one who is actually capable of saving.

But, the biggest threat is this: if we miss the true gospel, we miss the whole thing. And, we know this because Paul essentially says, “this is exactly what has happened to many of my Jewish brothers and sisters.”

25 As indeed he says in Hosea,

27 And Isaiah cries out concerning Israel: “Though the number of the sons of Israel be as the sand of the sea, only a remnant of them will be saved, 28 for the Lord will carry out his sentence upon the earth fully and without delay.”29 And as Isaiah predicted,

“If the Lord of hosts had not left us offspring,
we would have been like Sodom
and become like Gomorrah.”

30 What shall we say, then? That Gentiles who did not pursue righteousness have attained it, that is, a righteousness that is by faith; 31 but that Israel who pursued a law that would lead to righteousness did not succeed in reaching that law. 32 Why? Because they did not pursue it by faith, but as if it were based on works. They have stumbled over the stumbling stone, 33 as it is written,

“Behold, I am laying in Zion a stone of stumbling, and a rock of offense;
and whoever believes in him will not be put to shame.”

1Brothers, my heart’s desire and prayer to God for them is that they may be saved. 2 For I bear them witness that they have a zeal for God, but not according to knowledge. 3 For, being ignorant of the righteousness of God, and seeking to establish their own, they did not submit to God’s righteousness. 4 For Christ is the end of the law for righteousness to everyone who believes.

Throughout Romans 9, Paul has been seeking to answer a central question, which is: If Jesus is the true Messiah, the one long foretold by the Jewish prophets to be coming from the royal lineage of King David, why is it that so many Jews don’t believe it and, yet, so many Gentiles, who knew nothing of prophecies and covenants and laws, do believe it? If all this is true, what’s happening here?

Paul has answered this question in a variety of ways thus far, but the thrust of his answers has been this: God is sovereign. God is not out of control, and the things that are happening, while they may grieve him, are not surprises. He is all-powerful, and his will will be done. We don’t always understand his will, and we don’t always see it fully, but it won’t be thwarted. So, Paul wants us to know that God is in no way caught off guard by the unbelief of many Jews and the belief of many Gentiles, and then he reminds us that not only does this not catch God off guard, God has already spoken through the prophets concerning this situation. This is actually the fulfillment of prophecy, and Paul mentions several.

The first comes from the prophet Hosea, chapters 1 and 2. The next comes from Isaiah. And, the basic idea: it has been prophesied that those who were not called chosen people will come to be called chosen people…hence the Gentiles. But, then, verse 27, that even though Israel was numerically large, only a “remnant” would be saved, and that God has left this remnant as offspring of Israel.

Again, he quotes Isaiah, verse 33: “Behold, I am laying in Zion a stone of stumbling, and a rock of offense;. Notice that that is the language of masonry. If you are laying stones you’re building something. And, so, I think our minds should immediately go to all this Biblical language about Christ being the cornerstone, the rock on which the wise man builds his house, the firm foundation. For some this stone that has been lain is the piece that supports the whole structure of your life, but for others who have not built their proverbial house with it, it’s just laying on the ground for them to trip over and the integrity of the house is compromised.

As we read this, though, we have to realize that the exact same thing is still happening today. For some, Christ is the cornerstone, and, for others, he is a stumbling stone. So, how do we make sure we’re building our house on the true firm foundation?

Submitting to him, which doesn’t simply mean obeying him; it also means emulating him. It also means giving him what you have because whatever you have is ultimately from him. It is his. When you submit to someone, you lay it all on the table. Remember the story of Abraham and Isaac. God finally gives Abraham a son by his wife Sarah, and then he says, now kill him. It is a story about submission. Will you give God back what he has given to you, or do you act like it isn’t actually his? It’s mine. When we don’t submit what we have, through our actions we are saying, “I don’t trust you.”

Take out a pen and a piece of paper or pull up the notes page of your phone. I want you to write down one thing you have not fully submitted to God. By the way for most of us, myself included, this should be easy because there are many things we have not submitted to him. It could be a talent or gift he’s given you that you aren’t using for his purposes. It could be material things that he has given you and rather than using them for his glory, you are using them to increase your comfort and security. It could be an addiction you have and you aren’t willing to give it over. It could be your home, and you are unwilling to be hospitable because it’s an inconvenience. It could be something sitting in your bank account.

For Abraham, it was his son. And, the ultimate act of submission on Abraham’s part is also the ultimate step of faith. As he bound Isaac and laid him on the altar and then raised the knife above him, as crazy as it sounds, Abraham was saying, “God, everything I have, everything that I am, is yours.” And Paul said in Romans 4 that Abraham’s faith was credited to him as righteousness. Not because Abraham was good enough or moral enough. Not because he had produced righteousness of his own. He certainly did his share of sketchy things. But, his faith was not in himself. Write down something that you have not submitted to God and imagine yourself leading it up the mountain, binding it, laying it on the altar and raising the knife.

You are lovable, acceptable and worth saving because God is righteous. And, his righteousness is seen in the fact that he bound his own son and led him up the mountain. He laid him on the altar and when the knife was raised, there was no alternative sacrifice. Jesus was the sacrifice. In the words of Isaiah, he was crushed for our iniquities, he was pierced for our transgressions and by his wounds we are healed. We give everything because we serve a God who has given everything. Today, raise the knife over something you have not fully submitted to him. 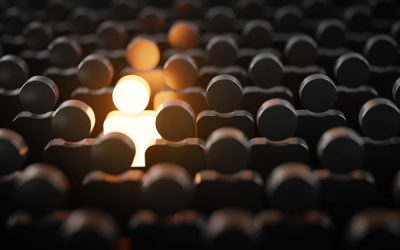 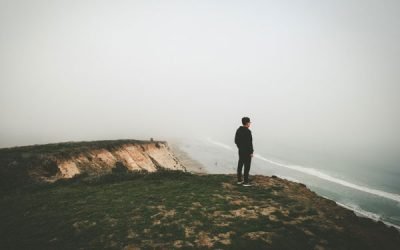 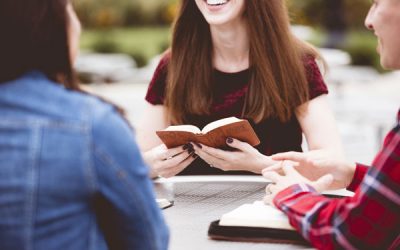